Group of chemistry of heterocyclic compounds

One of the main directions of our research is the study of the structure of stained and fluorescent proteins chromophores. Counter-synthesis is certainly the key tool of such studies. Earlier this approach allowed to confirm the structure of chromophores of proteins asFP595, Kaede and zFP538, as well as to understand the mechanism of dsRed protein chromophore formation. 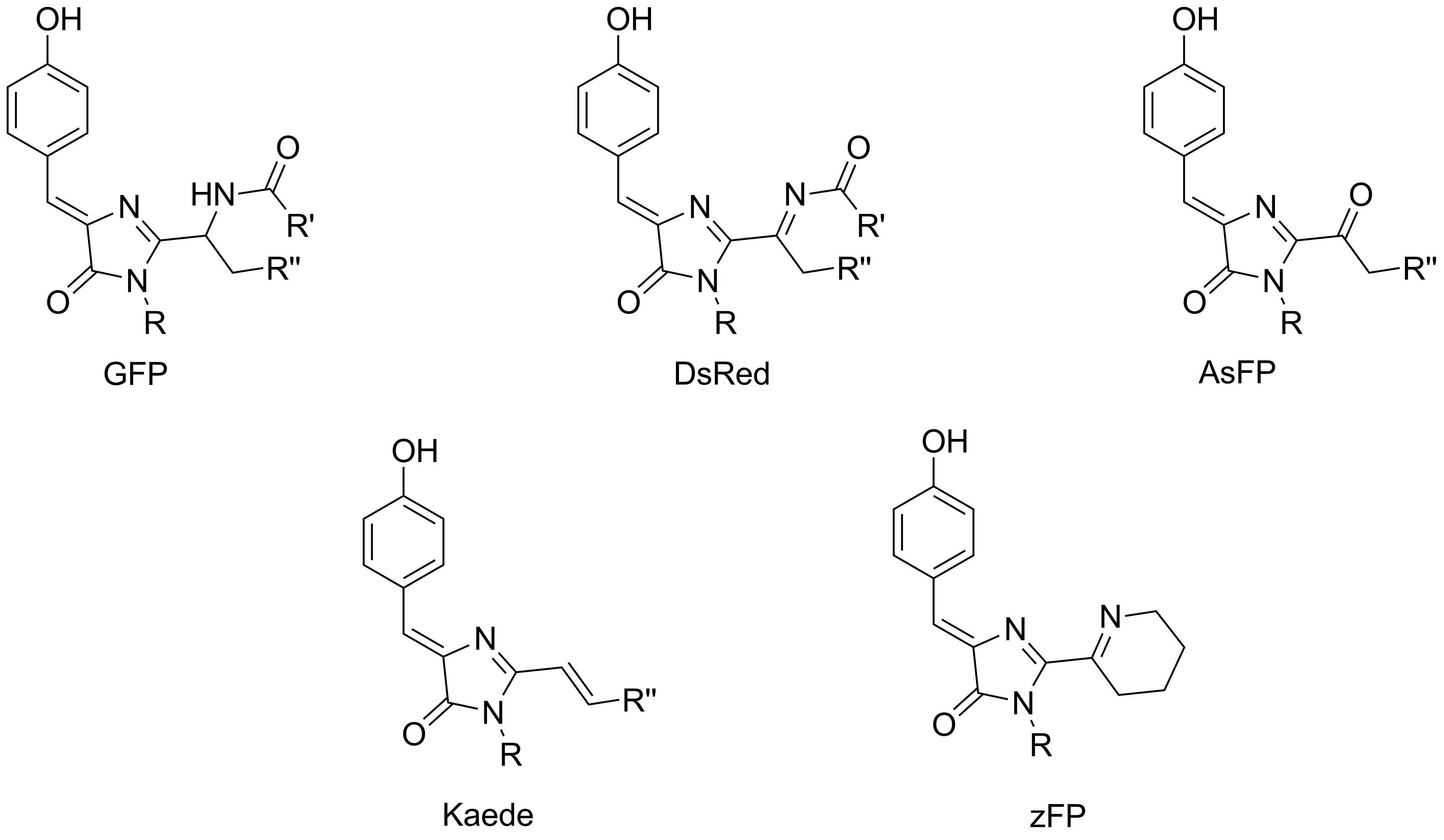 Another interesting result of our studies was the detection of the dependence of the quantum yield of fluorescence of chromophores on their mobility, which helped us synthesize a number of high fluorescence derivatives of the GFP chromophore by means of coordination fixation with a boron atom, which ones can be reliably attributed to a new separate group of fluorescent markers called BOBDI BOronBenzyliDeneImidazolone). This discovery made it possible in practice to demonstrate the possibility of using such compounds as fluorescent labels for living systems (the work was realized within the framework of the RFBR project 14-03-31162 mol_a, "A new class of fluorescent dyes for biology"). Existing fluorescent dyes used for staining living systems have a number of significant disadvantages and are unsuitable for solving a certain range of problems (for example, there are practically no compounds with Stokes shifts of more than 100 nm among them). At the same time, the chromophores of fluorescent proteins do not have many of the disadvantages inherent in the existing dyes, and therefore they are an excellent basis for creating new dyes. Development of new fluorogenic dyes, including ones based on the chromophores of fluorescent proteins

One of the new and modern methods of fluorescent labeling of biological cells is the use of so-called fluorogenic dyes – substances, which do not have a pronounced fluorescence in a free form and acquire it only when bound to the target object.

One of the promising candidates for the role of such substances are the chromophores of fluorescent proteins and their derivatives.

In this regard, in our group, the creation and study of various fluorogenic compounds is actively conducted. 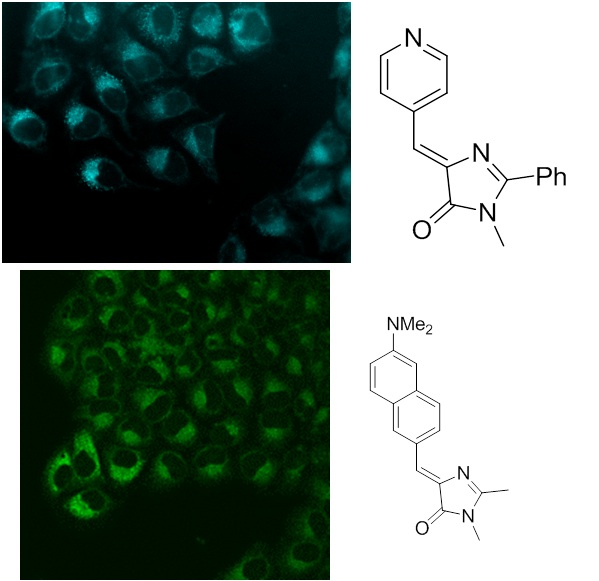 Development of new approaches to the synetze of heterocyclic compounds

Our team has long been studying the chemistry of chromophores of fluorescent proteins based on the molecule - 4-benzylidene-imidazole-5-ones. During this work we have created several new approaches to the synthesis of these compounds, and in parallel many unexpected transformations associated with the use of esters of nitroacetic and azidoacetic acids were discovered.

In particular, the method of synthesis of 5-hydroxy-1,2-oxazine-6-ones discovered by us allows us to take a new look at one of the methods for the synthesis of isoxazole-3,5-dicarboxylic acid derivatives, the Dornow reaction. Similarly, the transformations of the derivatives of azidoacetic acid and their phosphazenes observed by us are also not reflected in the scientific literature, which suggests the possibility of creating new ways of synthesizing heterocyclic systems and from these reagents.