The Group deals with development and study of biodegradable materials (scoffolds) based on natural and synthetic polymers for tissue engineering and regenerative medicine.  These biomaterials could be designed in different forms, such as nano- and microfibers, hydrogels, microbeads (microcarriers for cell culture). To study in vitro cytotoxicity and other properties, various cell cultures are used, including fibroblasts, osteoblasts-like cells, mesenchyme stem cells etc.).  Moreover, the Group is engaged in evaluation of anticancer drug delivery systems, namely nanoparticles, micelles, liposomes, polyelectrolyte nanocontainers etc.

On the other hand, novel 3D in vitro models based on multicellular tumor spheroids have been developed. These tumor spheroids are promising for evaluation of mechanisms of various anticancer therapies (chemotherapy, photodynamic therapy etc.) mechanisms as well as for screening of novel anticancer drugs and drug delivery systems directly before preclinical tests.  This approach allows to reduce costs of preclinical tests and to minimize a number of experimental animals used for this purpose.

The group was founded as an independent division in 2017, having separated from the Laboratory of Polymer for Biology.

Fig. 1. Growth of mouse fibroblasts L929 on biodegradable poly-L.D-lactide microcarriers (A), microfibers (B), in macroporous hydrogels based on chitosan and hyaluronic acid (С), and human mesenchymal stem cells on chitosan films treated with DC discharged plasma (D). Cells are stained with vital Сalcein AM dye (in green), while the matrix structure is visualized with DAPI dye (in blue). SEM (A,B) and laser confocal microscopy (С,D). 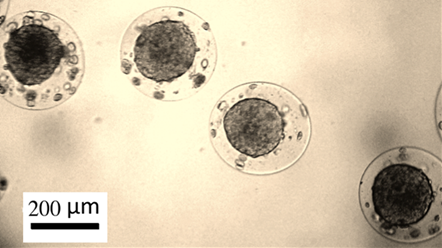 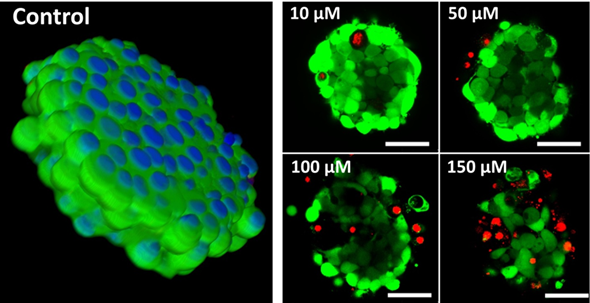 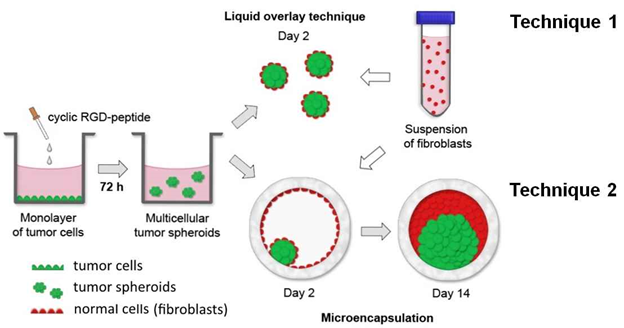