Researchers make antibodies to endogenous neuronal receptors to block the binding of amyloid-beta receptors. In the Laboratory such neuronal receptors asa nicotinic acetylcholine receptor, prion protein receptor, receptor for glycation end-product and neurotrophin receptor are under their investigation. Also in the Laboratory peptide drugs direct stimulating protective effects are being developed. Nowadays they have successfully managed to create a peptide RAGE-60-76 (fragment of the glycation end-product’s receptor), which shows a therapeutic effect after intranasal incertion to mice with olfactory bulbectomy (an excision of the olfactory bulb in mice leads to the development of symptoms of Alzheimer's disease).

Earlier Laboratory had created vaccines that are inactivated viral and bacterial diseases, such as foot and mouth disease, poliomyelitis, encephalitis, meningococcus, and others. In addition, researchers received antibodies to the tumor-associated proteins for the diagnosis of cancer.

Laboratory cooperates with IBCh’s laboratories, Institute of Cell Biophysics, the A.N. Belozersky Institute of Physico-Chemical Biology, with the Faculty of Biology at Moscow State University and the Institute of Higher Nervous Activity and Neurophysiology RAS, as well as with institutes in Poland, Czech Republic and other countries.

The theoretical and practical approach to creation of artificial vaccines on the basis of synthetic fragments of viral and bacterial proteins. Prediction and synthesis of immunoactive peptide fragments of endogenous proteins for induction of diagnostic and therapeutic antibodies. 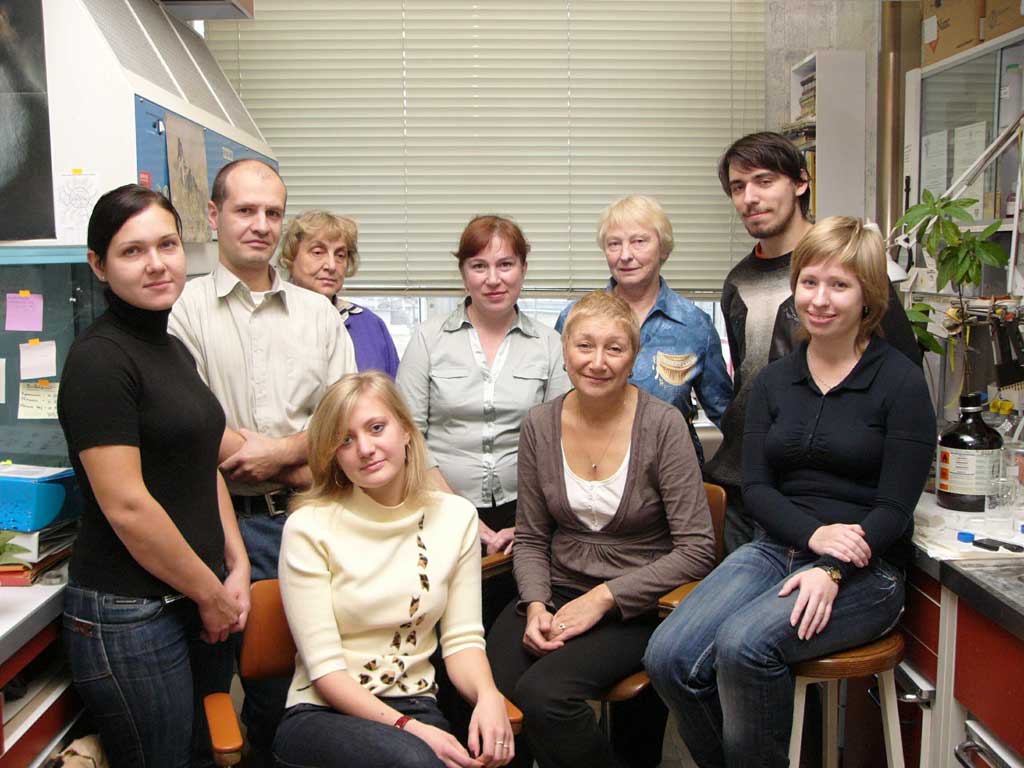