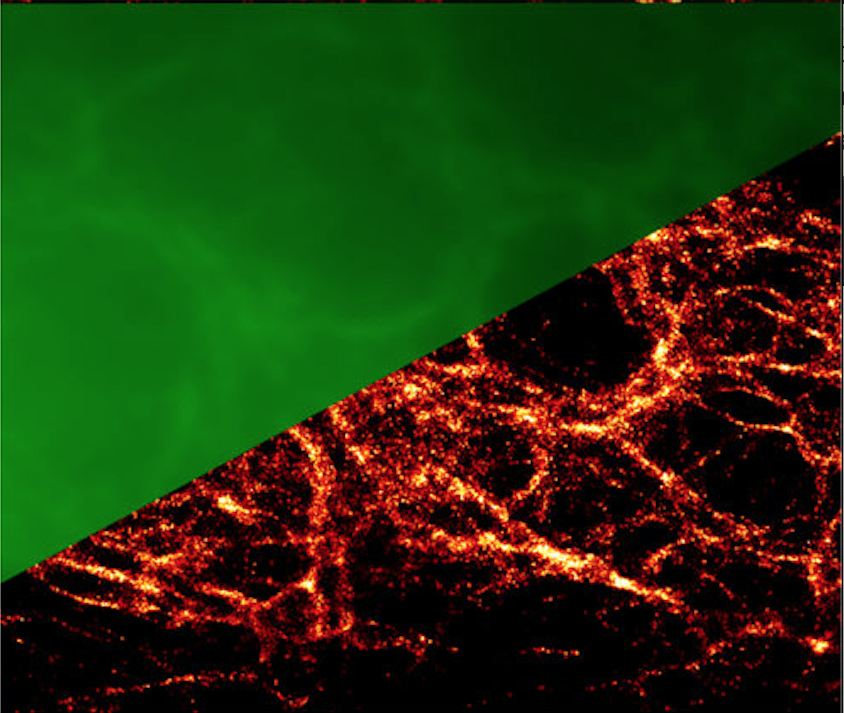 The Group is working on the creation of reporter systems adapted for live-cell nanoscopy. The group was formed in 2018.

In collaboration with Group of chemistry of heterocyclic compounds 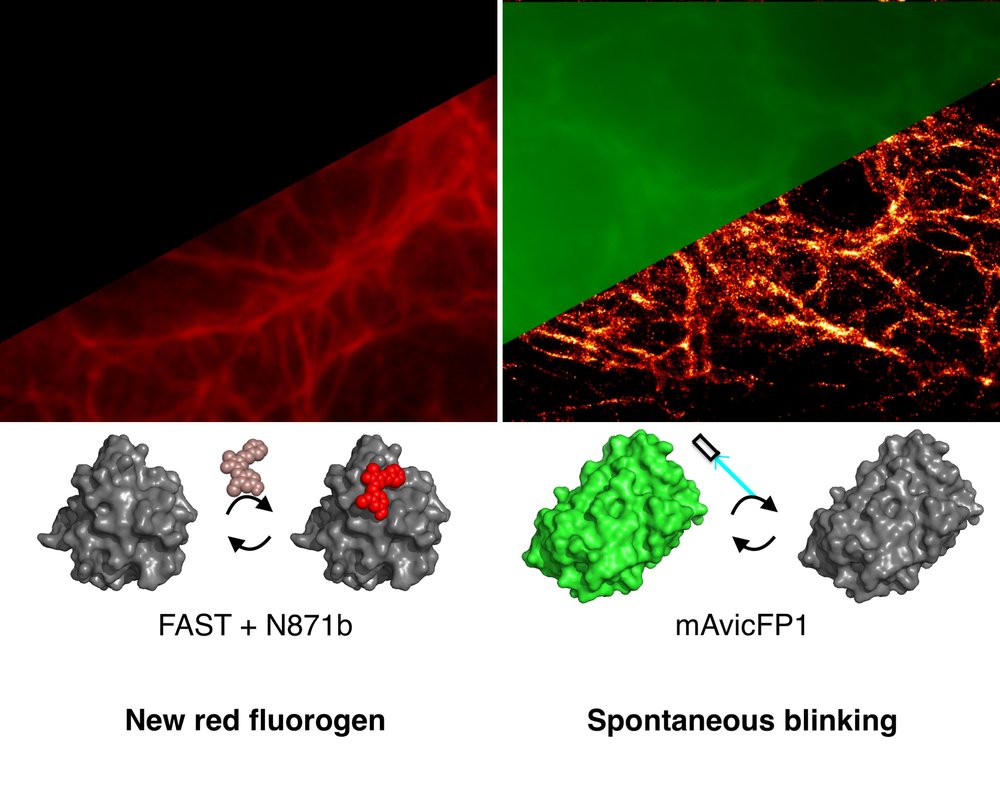 Ultraviolet, often used in fluorescence microscopy and nanoscopy, is extremely toxic to cells. Therefore, it is preferable to use labels in the green and red spectral regions.

We found the ability of the fluorescent protein mAvicFP1 to spontaneously blink under the influence of less toxic blue light, and applied this property to nanoscopy and to track single molecules of labeled proteins in living cells.

Fluorogen-activating proteins are new generation labeling systems based on transient interaction of a genetically encoded protein and  externally applied fluorogen. We have created and used  in living cells a new red fluorogen N871b for the FAST reporter protein.