Laboratory investigates the structure of proteins and peptides. For this purpose Laboratory uses one of the most powerful modern techniques – nuclear magnetic resonance spectroscopy (NMR).

The research of the Laboratory is focused on the membrane proteins such as receptor tyrosine kinases, ion channels, toll-like receptors, the beta-amyloid precursor protein, GPCR-s and others. The properties of natural luciferins, the blockers of pain receptors, the viral proteins required for the infection s, as well as the mechanisms of ligand-receptor interactions are also under investigation.

Most of the research is directly related to practical issues such as the search for anti-cancer targets, the causes of Alzheimer's disease, the creation of effective painkillers, specific diagnostic systems and others.

At the disposal of the Laboratory are the most advanced devices of the Bruker company: 600, 700 and 800 MHz machines, equipped with the supersensitive cryogenic probes, and a solid-state MAS probe. In addition, the Laboratory has necessary equipment and techniques for bacterial in-cell and cell-free synthesis ofrecombinant proteins and their physicochemical characterization. Methods for the production of isotropicaly and selectively isotope-labeled proteins were developed on their basis.

All aforesaid allows us to successfully solve the most difficult tasks within and beyond the capabilities of modern structural biology.

Laboratory equipment is a part of the IBCh Shared Research Center, so it is possible to analyze the samples of high complexity by NMR spectroscopy on a commercial basis.

The Laboratory has a rich history. In 1965 it was founded by Vladimir F. Bystrov, the associate member of the USSR Academy of Sciences. He was one of the first in the world who began to engage in structural studies of proteins and peptides in solution by NMR spectroscopy and created the largest in the Soviet Union scientific school. In 1990 the laboratory was headed by his apprentice, Professor Alexander Arseniev.

The Laboratory continues to develop the Bystrov’s initiatives till now and is considered as the one of the leading schools in the world of NMR. Each year it produces new highly qualified professionals and PhDs who can solve the most complex problems using NMR-spectroscopy.

Nowadays Laboratory has many friends and partners. Among them are the laboratory of Nobel laureate Kurt Wüthrich, one of the strongest NMR-laboratory in the world of Professor Gerhard Wagner, "Novartis", the second-largest pharmaceutical company in the world and others.

Today, our lab is a very friendly team which has set itself the most ambitious goals and is ready for any interesting collaboration! 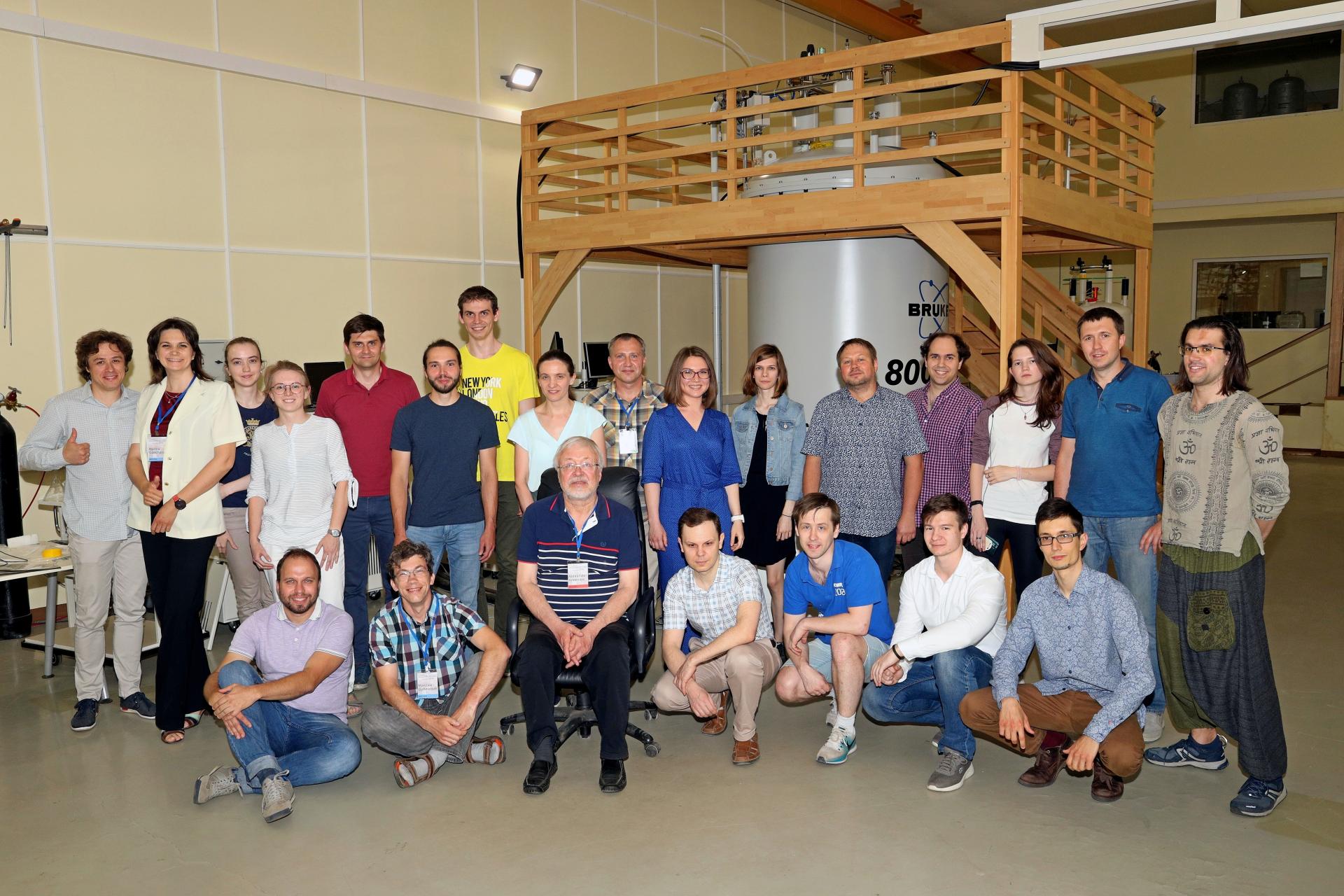