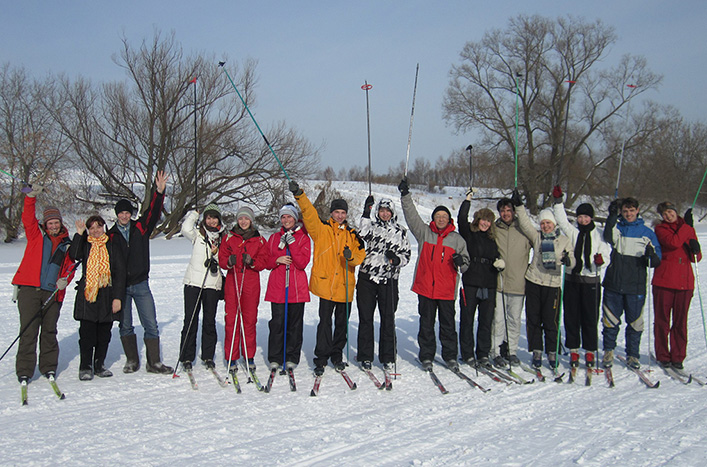 Enhancement of the blood-circulation time and performance of nanomedicines via the forced clearance of erythrocytes. 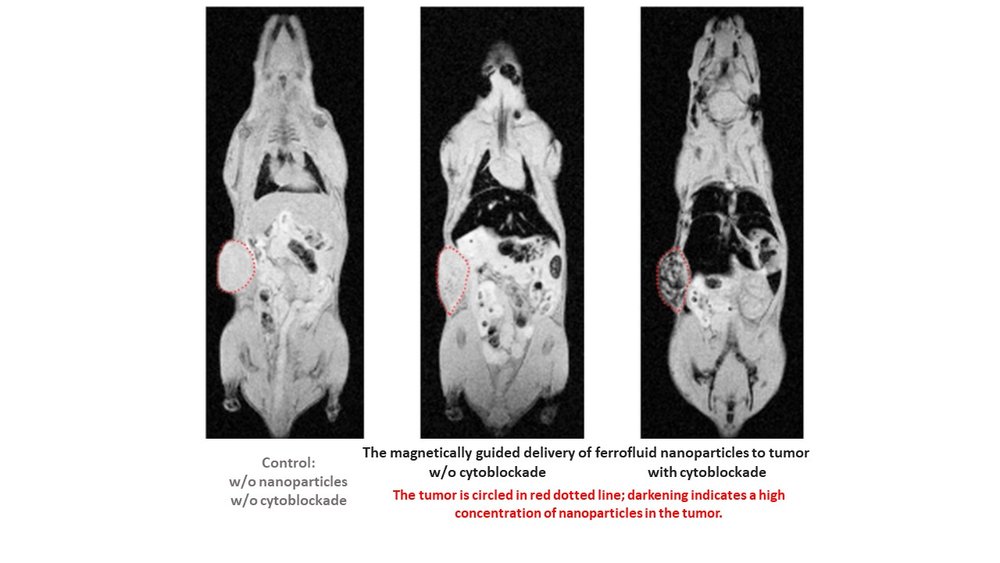 A new approach has been proposed, which makes it possible to significantly extend the circulation time of nanoagents in the bloodstream and, as a consequence, increase their therapeutic activity. The approach called "cytoblockade of the mononuclear phagocytic system" does not require any modification of nanoparticles and consists in the introduction into the body of a relatively small amount of antibodies against its own erythrocytes. As a result, the immune system “focuses” on attacking its own erythrocytes and for some time “stops seeing” the introduced nanomaterials, which during this time are able to find target pathogenic objects and provide a therapeutic effect. An important characteristic feature of this approach is its versatility, i.e. independence from the nature, size and other properties of the nanoparticles used. [Nat Biomed Eng. 2020]. Another developed approach to improving the therapeutic effect of nanoagents, ideologically close to the one mentioned above, consists in the introduction of "inert" nanoagents into the body, causing an attack by the immune system, and only then nanoparticles with the drug [J. Cont. Release. 2020].

In collaboration with Nursery for laboratory animals 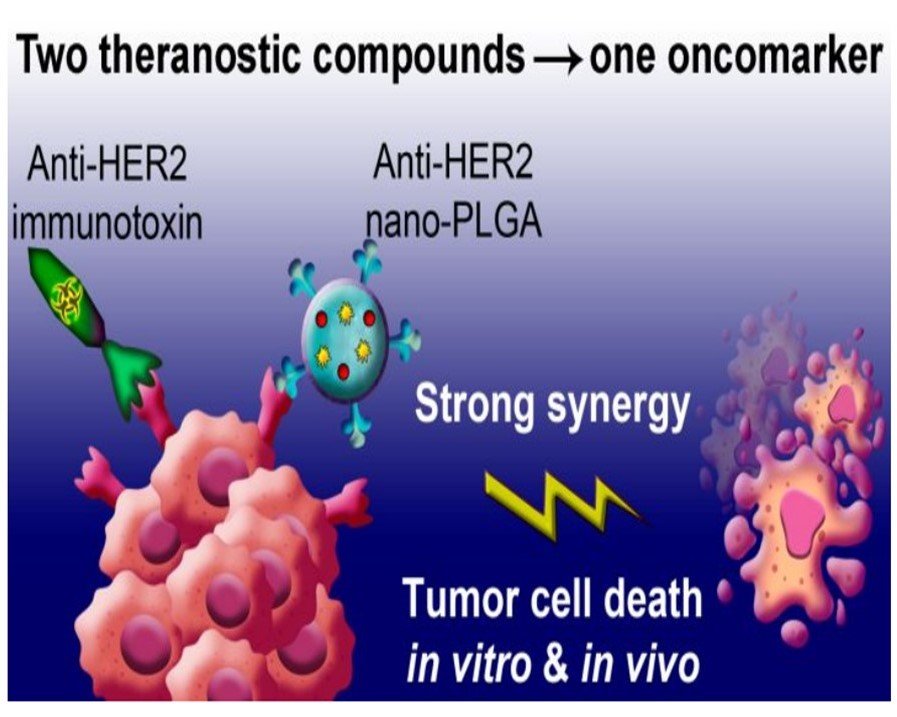 For the first time, a strategy of regiospecific targeting the same receptor of two antitumor toxins with different mechanisms of action – the antibiotic doxorubicin in targeted  nanoparticles with diagnostic fluorescent die and protein targeted toxin - has been developed for the enhanced image-guided cancer treatment. A strong synergistic effect of these toxins on the tumor has been shown, which makes it possible to reduce the effective doses of toxins by 1000 times in in vitro experiments and significantly improve the therapeutic effect in vivo.

In collaboration with Laboratory of protein engineering

A genetically modified receptor-selective variant DR5-B of the antitumor cytokine TRAIL was developed, which selectively binds only to the apoptosis-inducing death receptor DR5, without affinity for the receptor DR4 and decoy receptors DcR1, DcR2 and OPG. DR5-B showed increased proapoptotic activity in tumor cells both separately and in combination with chemotherapy drugs. DR5-B inhibited tumor growth in HCT116 and Caco-2 xenografts, and its efficacy was 2.5-3 times higher than wild type TRAIL. DR5-B also significantly increased the animal survival. The pharmacokinetic parameters of DR5-B were comparable to those of TRAIL, except that the half-life was 3.5 times higher. Thus, DR5-B can be considered as an effective agent for the treatment of tumor diseases.

In Nature Biotechnology, scientists from IBCh RAS have announced the feasibility of creating plants that produce their own visible luminescence. It was revealed that bioluminescence found in some mushrooms is metabolically similar to the natural processes common among plants. By inserting DNA obtained from the mushroom Neonothopanus nambi, the scientists were able to create plants that glow much brighter than previously possible. Plants containing the mushroom DNA glow continuously throughout their lifecycle, from seedling to maturity. This biological light can be used for observing the inner workings of plants. In contrast to other commonly used forms of bioluminescence, such as from fireflies, unique chemical reagents are not necessary for sustaining mushroom bioluminescence. 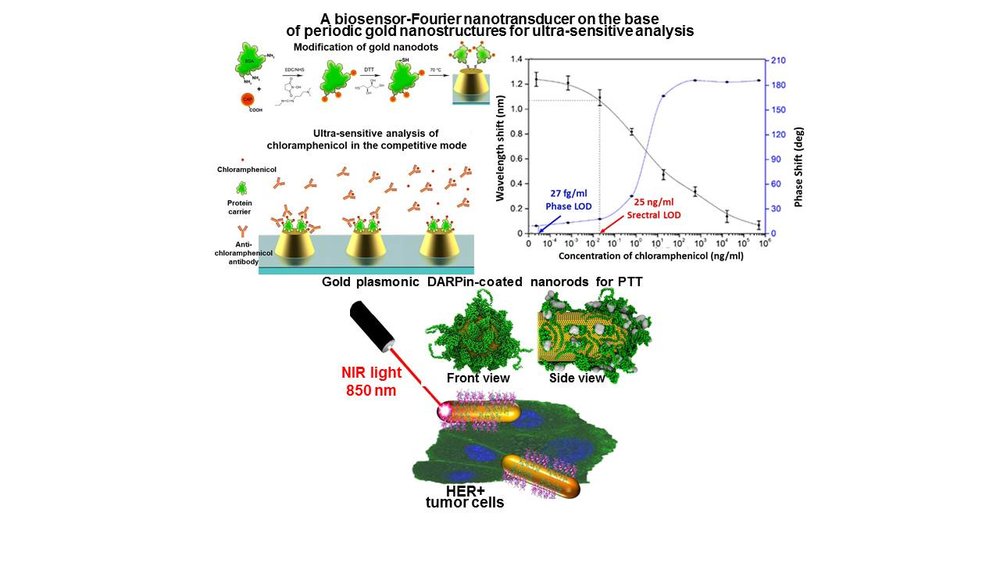 A biosensor-Fourier transducer based on periodic gold nanostructures was created and studied for the first time, which allows achieving ultrahigh sensitivity of the analysis of compounds (10-15 g/ml) in biological matrix. The developed methodology will allow solving the problems of highly sensitive analysis of target compounds in complex matrices, including hormones and other bioregulators acting in very low concentrations (doping control), highly toxic substances (biotoxins), pathogens (for biosafety problems, antibioterrorism protection). For the first time in the world, gold nanorods coated with a tumor-specific addressing module DARPin were obtained, which find tumor cells of a corresponding molecular profile and suppress their growth when irradiated with infrared light in the “Biotissue Transparency Window” (IC50 3.4 nM).

In collaboration with Group of oncanotechnology 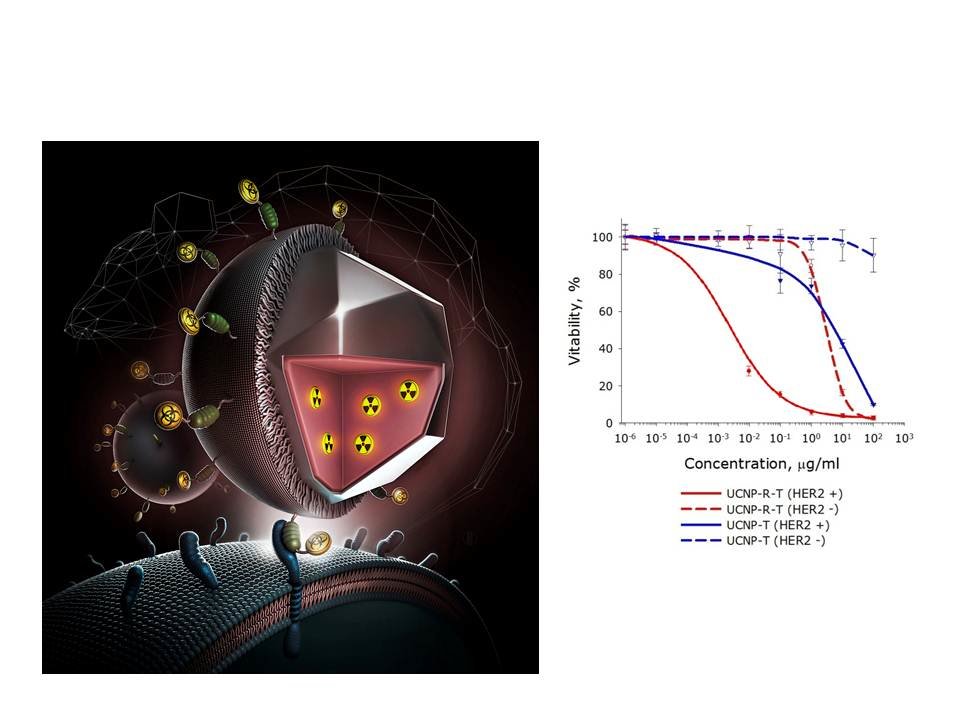 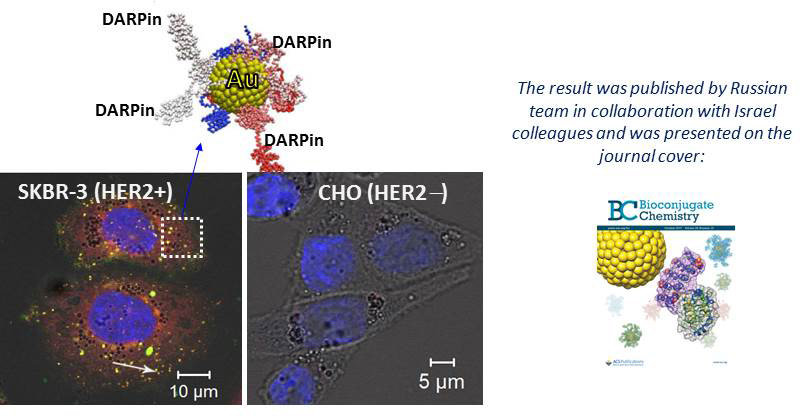 The new agents for tumor theranostics with different mechanisms of action were constructed on the base of hybrid nanoparticles. The 5 nm gold nanoparticles conjugated with designed ankyrin repeat protein (DARPin), which speciﬁcally targets human epidermal growth factor receptor 2 (HER 2), are of the utmost interest.  The high stability under physiological conditions and high a ﬃnity to the receptors overexpressed by cancer cells make conjugates of plasmonic gold nanostructures with DARPin molecules promising candidates for cancer photothermal therapy. This work was supported by the Russian Science Foundation (project no.14-2400106).