Russian scientists together with colleagues from Sweden and the USA developed red fluorescent tags that are safe for nanoscopy in living cells. This work was funded by a grant from the Russian Science Foundation (RSF), and the results are published in Nature Methods journal.

RESOLFT (the method for nanoscopy used in this work) holds the promise for better super-resolution in living cells due to lower light requirements. The method relies on the special type of fluorescent probes, capable of reversible photoconversion.

“The tags of choice for live-cell nanoscopy of proteins are reversibly switchable fluorescent proteins. However, only a handful of fatigue-resistant fluorescent proteins exists, all in the green-yellow region. Unfortunately, the blue and near-UV light, which is harmful to cells, is required for an efficient photoconversion of these proteins. That’s the real problem with the probes, diminishing all the potential advantages of RESOLFT nanoscopy,” narrates Alexander Mishin, Ph.D., senior research fellow of the Biophotonics laboratory, IBCh RAS. 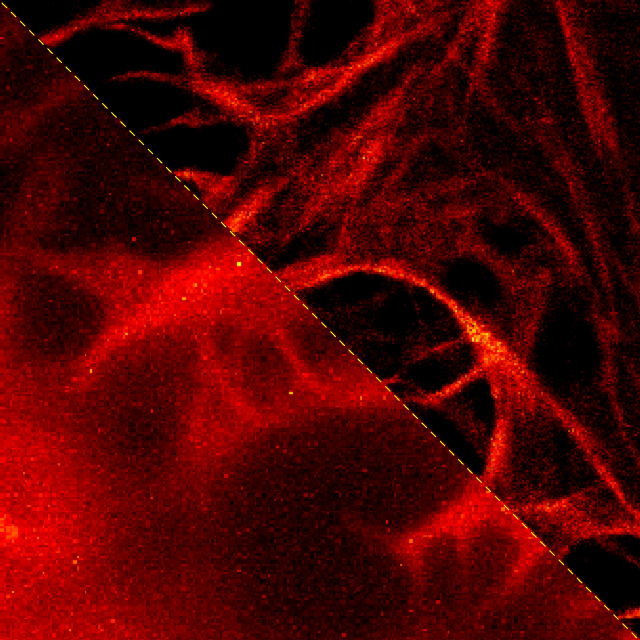 Alexander shares the details of the work carried out, “We have developed reversibly switchable red fluorescent proteins, controlled by green and orange light illumination. These proteins outperform other proteins in the red spectral range in the photoconversion rate and photo-fatigue. Importantly, new proteins are switched both ON and OFF with low-toxic green and orange light. In the fantastic collaboration with Ilaria Testa, we showed live-cell RESOLFT nanoscopy in living cells”.