Imagine that you have found a second job with a few numbers of duties. At the new place, you have to establish relations with the team, but instead to restrict contact with just two colleagues, you become the soul of a large company. BetaM protein also expanded the range of its functions: from participation in the transmission of nerve impulses throughout the body of most animals to the regulation of gene expression in the muscles in mammals exclusively. This BetaM protein began to interact with a large number of partners than ever before that radically changes our understanding of the evolution of the "behavior" of proteins. It was published by scientists from Shemyakin-Ovchinnikov Institute of Bioorganic Chemistry of the Russian Academy of Sciences in cooperation with the staff of the University of Toledo (USA) in Scientific Reports.

BetaM is a protein that is primarily involved in ion transport. As you know, any animal cell membrane has a potential difference on it, created by the difference in the concentrations of potassium (inside the cell) and sodium (outside the cell). This ratio underlies transmission of nerve impulses. In vertebrates, BetaM protein is a part of an ion-transporting ATPase, which uses ATP energy to maintain transmembrane ion gradients.

Researchers from the Institute of Bioorganic Chemistry of the Russian Academy of Sciences together with colleagues from the United States found that mammalian BetaM protein has a different structure than their relatives. Functional experiments shown that the mammalian "native" BetaM protein function has been lost, but the new one has appeared. In fish, amphibians and birds BetaM still performs the original function of neural transmission, but mammals instead it regulates gene expression in muscle.

– We have determined that the gene encoding BetaM protein, which descended from a common ancestor in a different kinds of living creatures in the course of evolution, has changed in such a way that the properties of the encoded protein were different, – Nikolay Pestov, Ph.D. in Chemistry, head of the research group in the Institute of Bioorganic Chemistry RAS, one of the authors of the article, talks about his previous studies. – Most proteins are present in most mammalian tissues, and these become extremely specific to the muscle. This is a unique property. 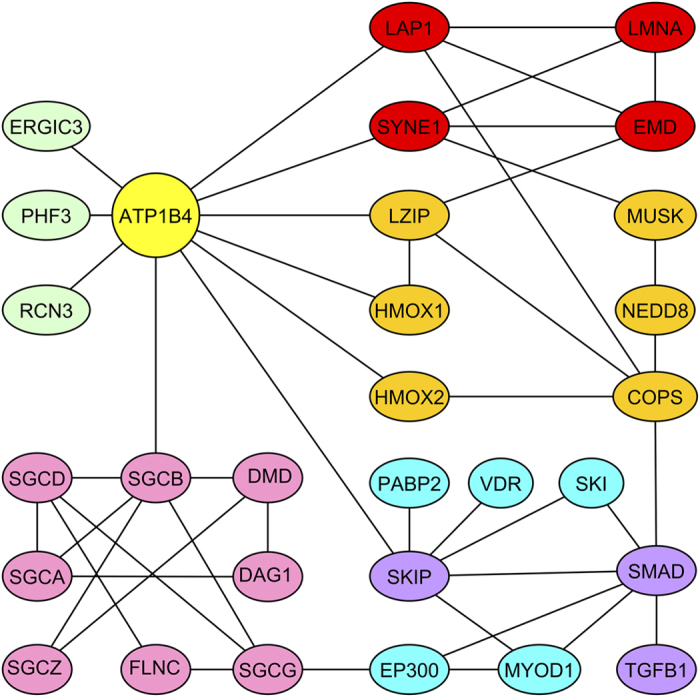 Interactome of the mammalian BetaM.

It was possible to establish through extensive screening of libraries of DNA of mammals and birds using special yeast systems. In other words, the researchers isolated mouse and chicken DNA and then inserted it into cells of baker yeast. Analysis of yeast cell proliferation rate pointed to the presence of multiple connections between BetaM and other proteins. The same experiment with chicken DNA did not yield same results.

– This fact is surprising, he refutes the existing theoretical concepts of the interactions between proteins, – Pestov explains. – It's so unusual and strange that we have not even put a special emphasis on it in the article. We still need to think about a lot of things.

Some interactors of BetaM protein play an important role in the development of muscle pathologies such as myopathy – hereditary chronic progressive muscle disease. However, it is prematurely to draw parallels between the evolution of individual proteins, interactomes and whole organisms. Further research will show how the change of functions of the protein can influence our health.