A team of biologists from Russia, Czech Republic, Israel, USA, and Spain systematically measured how mutations interact within a protein coding gene. They studied tens of thousands of mutants of the green fluorescent protein from the jellyfish Aequorea victoria. The results, published in Nature, uncover mechanisms of protein evolution and deepen our understanding of why effects of mutations are dependent on the genetic context in which they occur.

Interaction between events can result in outcomes that substantially exceed the joint individual effects. For example, a leaky tank in your car or weak electric current on its surface would still allow you to drive to the nearest car service station. However, when both problems occur at the same time, the effect can go far more exhilarating.

– We were curious about how accumulation mutations in a protein interact with each other, and how often does this happen in protein evolution, – says Karen Sarkisyan, a researcher at IBCH RAS and the first author of the paper. “We came up with an idea of how we can measure tens of thousands of protein mutants at the same time and applied it to study how the interdependence of the impact of mutations on the brightness of the green fluorescent protein.

The team led by the evolutionary biologist Fyodor Kondrashov surveyed the so-called “fitness landscape”, a concept that biologists use illustrate how populations evolve over time. In such landscapes, every point in space represents a particular genotype, while the height of the point reflects the fitness of the genotype. Therefore, evolution can be thought of as a walk of the evolving population along ridges of high fitness. 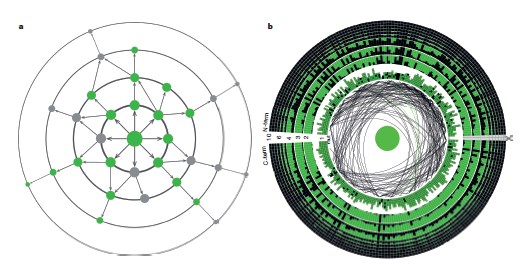 Until recently, there were no methods to obtain enough data to study the shape of natural fitness landscapes. In the current paper, thanks to a novel experimental approach, researchers has been able to look at the fitness landscape of the whole protein.

To measure the brightness of every mutant, researchers expressed mutant genes in the bacterium Escherichia coli, and then used a cell sorter to sort bacteria according to their brightness. Sequencing of DNA from each tube allowed scientists to connect the brightness of mutant proteins to the underlying genotypes.

– I would say that this is the first experimental illustration of the concept of fitness landscapes that was invented 85 years ago, – says Karen, – After measuring brightness of 50,000 mutants we were able to finally have a look at what these landscapes look like”.

Scientist found that only every fourth amino acid change does not damage the protein, while most mutations negatively affect protein function. Moreover, like in the example with the car, if a slightly damaging mutation is already present in the gene, the negative effect of the following mutations will be strengthened leading to the non-functional protein much faster than if mutational effects are independent.

Scientists also found a possible biophysical mechanism that underlies the interactions between mutations:

– We expected to see that the amino acids that are close together in the protein structure would interact. Instead, we found that pairs of interacting mutations are distributed across the protein structure, at first sight, quite randomly. We modeled the effect of the mutations on folding energy of the protein and found that if the total burden caused by mutations exceeds a threshold around 7-9 kcal/mol, then the protein simply does not fold anymore and becomes non-fluorescent. Such mechanism of accounting for mutations might help evolution to weed out gene variants with slightly deleterious mutations, – explains Dmitry Bolotin, researcher at IBCH RAS, an author sharing the first authorship on the paper.

The strong interactions between mutations that the authors found in the fluorescent protein might be important piece to other areas of science. One of the key challenges of the modern medical genetics is the understanding of diseases with complex genetical component, like cardiovascular diseases.

Twenty years ago many scientists thought that it would be possible to find specific differences in a few genes that would be responsible for the presence of complex diseases. Now it is clear that these diseases are the result of many changes in many genes. The prevalence of interactions between mutations and the influence of these interactions on human health is still an unsolved issue in human genetics. The new work on the fluorescent protein gives geneticists grounds to start looking for such interactions in complex multigene diseases.

The experimental exploration of fitness landscapes might also produce another practical outcome. Using artificial neural networks trained on only partial data set, researchers have been able to predict surprisingly well the brightness of genotypes that the neural network has not encountered during the training.

If we assume that the landscapes of other proteins are similar, then the knowledge that we gained during our work would allow us to estimate the functionality of mutant forms of other proteins using just the computer predictions, – says Dinara Usmanova, an alumna of MIPT and a coauthor of the paper.

Application of machine learning to fitness landscapes data might be a way to search for particularly favourable combinations of mutations and will speed up the development of biotechnologically and medically relevant proteins.