A group of scientists from the Laboratory of Molecular Bases of Embryogenesis, IBCh RAS, together with colleagues from the Laboratory of Mathematical Methods and Models in Bioinformatics, IPPI RAS developed a bioinformatics method that allows one to reveal genes that appear or disappear at a certain stage of evolution. Using this method, a number of genes were found that disappeared in warm-blooded animals, including humans.

The purpose of this study was to test the hypothesis previously proposed in the Laboratory of the Molecular Basis of Embryogenesis that the loss of warm-blooded ability to regenerate limbs and, as a compensation, the progressive development of the brain may be associated with the loss of some genes by the warm-blooded ancestors. For further study, one of the found genes was selected that encodes a previously unknown transmembrane protein. Using different methods, in particular CRISP/Cas9 genome editing, it was shown on the model representative of cold-blooded animals, Xenopus laevis frog, that this gene is really activated after amputation of the limb in the regenerative epithelium, stimulates regeneration and affects brain development. At the same time, it interacts with all four FGF receptors (FGFR1-4) and with the ADP receptor (P2ry1), enhancing MAP / ERK and Ca2 + signaling. In this regard, this protein and the gene encoding it were named c-Answer, after cold-blooded Animal-specific wound epithelium receptor-binding protein. This work is important, firstly, by creating a new bioinformatics method, secondly, by confirming the validity of the hypothesis about the role of disappeared genes in the progressive development of the brain and in the loss of regenerative ability in warm-blooded animals, and thirdly, by describing the new FGF and ADP signaling modulator - transmembrane protein c-Answer. The results are published in Cell Reports. 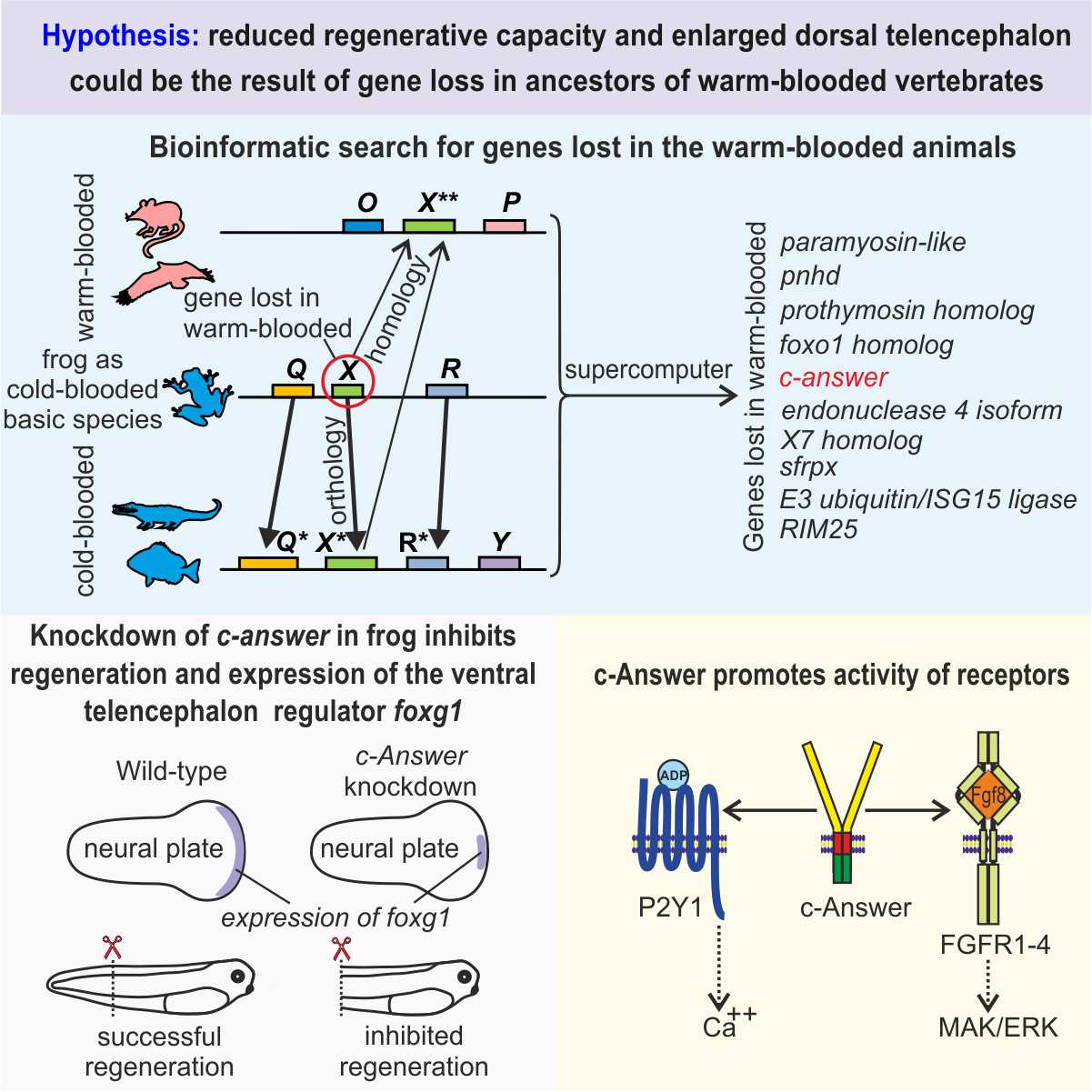