Apart from being the ideal time for relaxing, travelling and organizing children's camps, summer time also presents an opportunity to gain the kind of valuable knowledge that you will not find in school, not read in a high school textbook, nor are you ever going to hear it on TV. On June 22, researchers from the Institute of Bioorganic Chemistry (IBCh RAS) shared such knowledge during Biology Day, a popular science event that was organized at the Institute of Bioorganic Chemistry. This is the second time that such an event is taking place, at the initiative of the Council of Young Scientists. 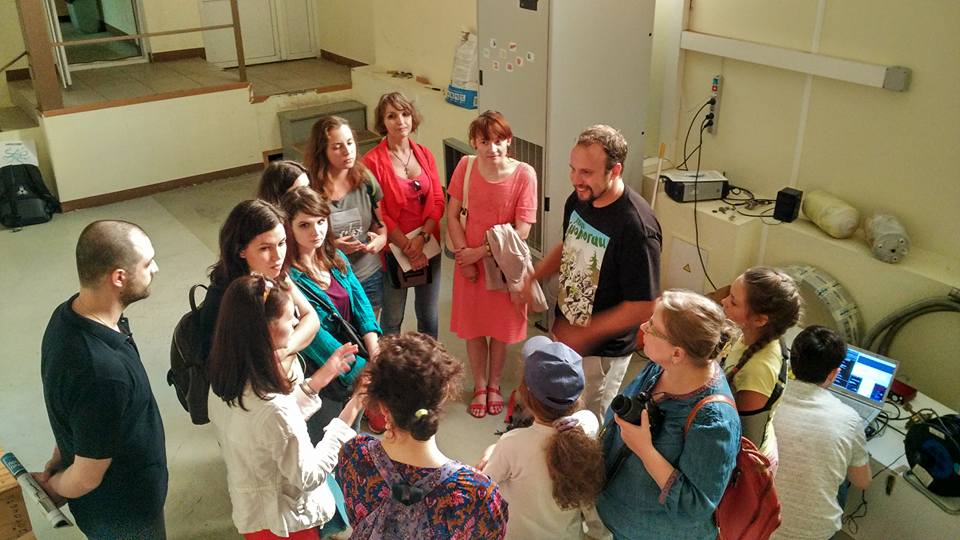 Excursion in the Laboratory of biomolecular NMR-spectroscopy. Photo: Anton Chugunov.

During the longest day of the year, the Institute of Bioorganic Chemistry of the Russian Academy of Sciences opened its doors to those people who are eager to come face to face with science. Researchers from the Institute reported on the latest scientific trends in the fields of immunology, peptidomics and toxicology. The audience came to learn about what scientists currently know regarding adaptive immunity, neurotoxins and peptides, as well as the techniques they are using in their study, and most importantly – the reasons why they are doing it.

– Our main goal today is to get you intellectually excited, – remarked Konstantin Mineev, one of the organizers of the Biology Day, as he welcomed the attending guests. – Currently, there still is a strange idea about scholars, who are widely viewed as some eccentric bookworms who are always mixing magic glowing substances, always ending up becoming mutants, and always engaged in some incomprehensible activity. We thus decided to demonstrate what modern Russian science really is all about. Our institute can be viewed as the best suitable for this purpose, because IBCh is one of the leading Life Sciences research institutions in the whole of Russia. 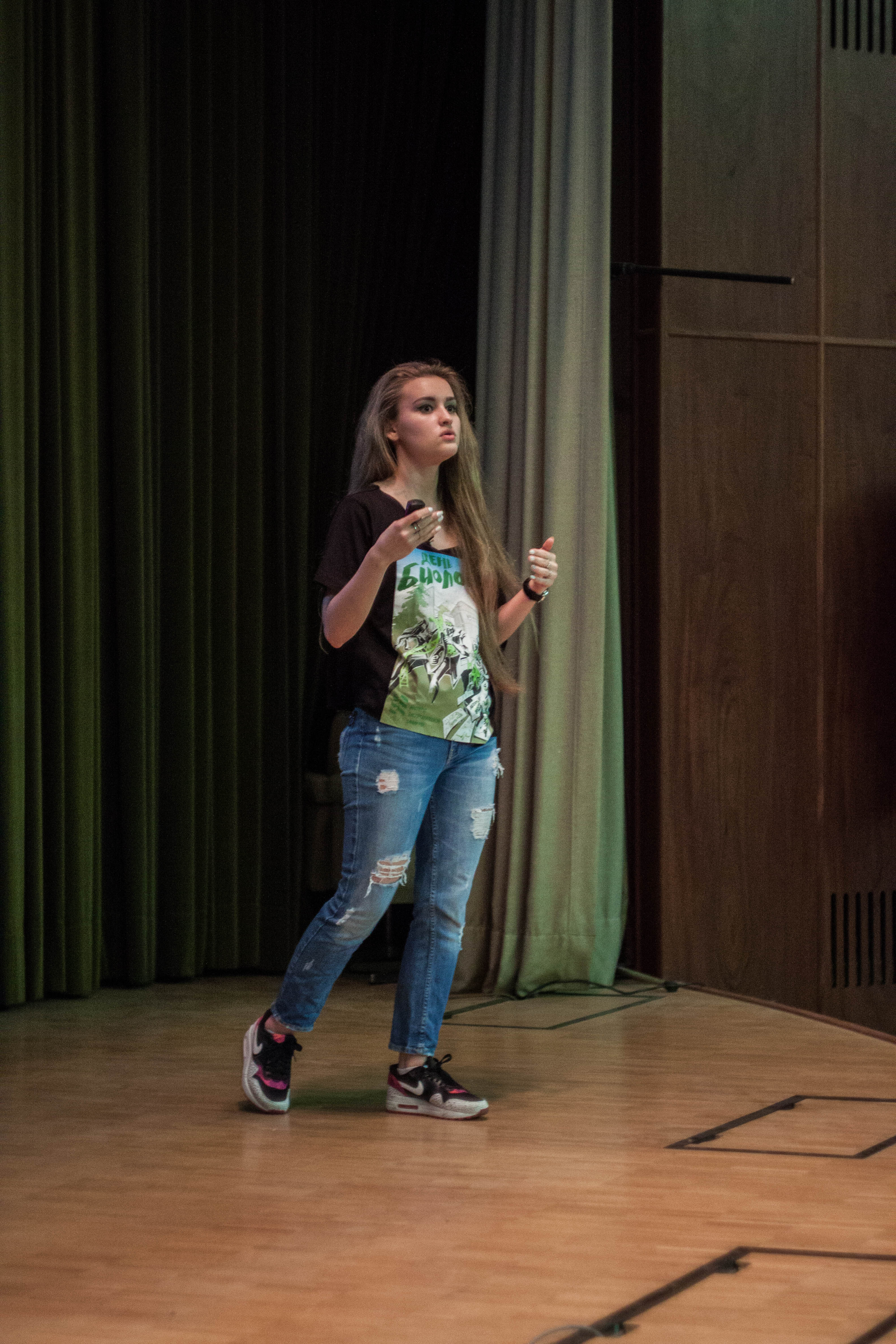 It is not the first time that Vitalina Kirgizova, a researcher at the Laboratory of Genomics of Adaptive Immunity , has taken to the stand and addressed the general public in the hope of sharing her knowledge on immunology. At the Biology Day, she spoke on why and how the body generates more than 10 billion different antibodies, and explained how the sequencing of immunoglobulin is beneficial to people, which she herself is engaged in together with her colleagues. 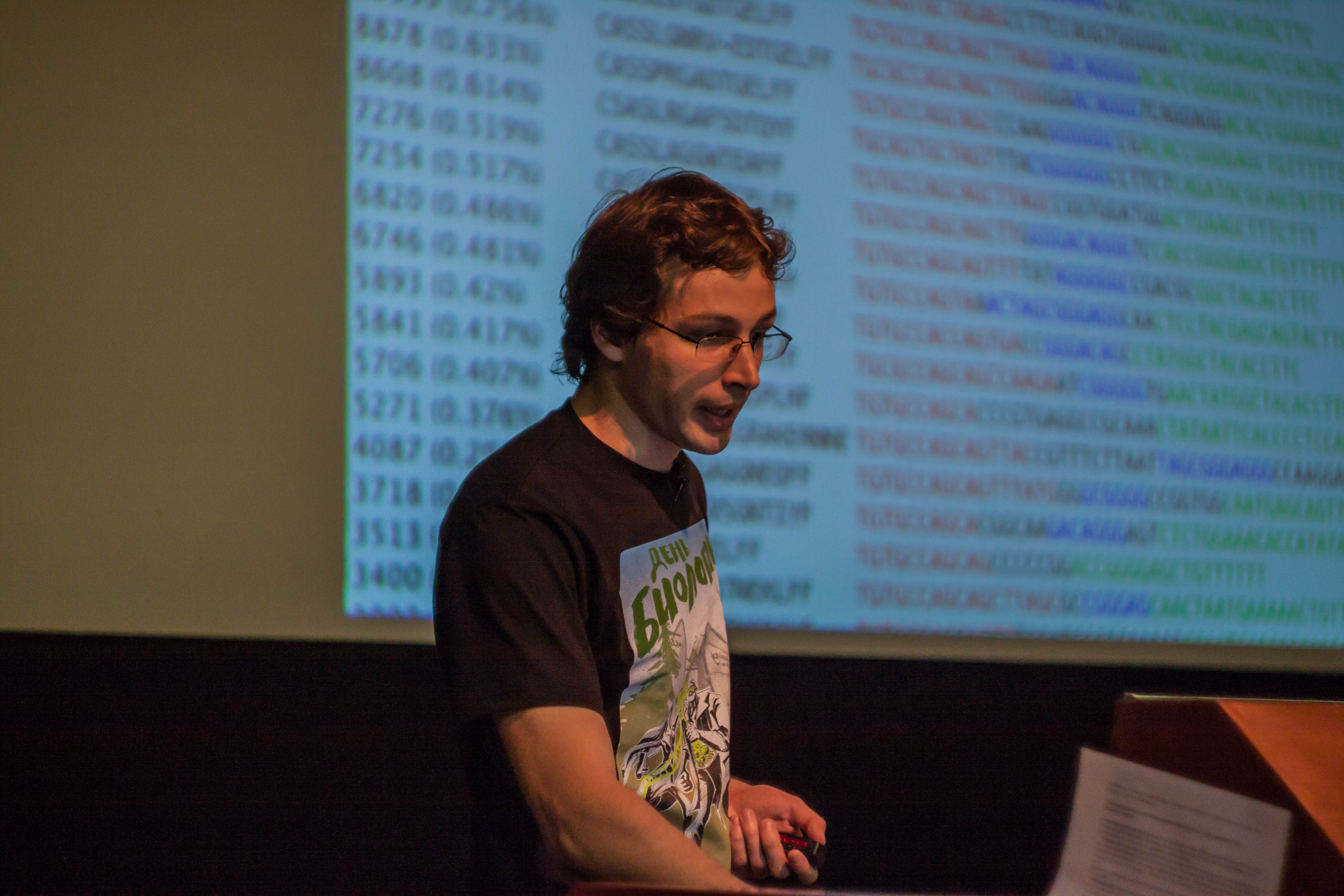 Mikhail Pogorelyy, a researcher at the Institute’s Laboratory of Comparative and Functional Genomics, continued further with the topic. He drew the audience’s attention on the function performed by T-cell receptors, and explained how mathematical methods can be used to simulate the process for the random assembling of receptor genes on a computer, and that through this, one can learn a lot about the immune systems of say, twins. 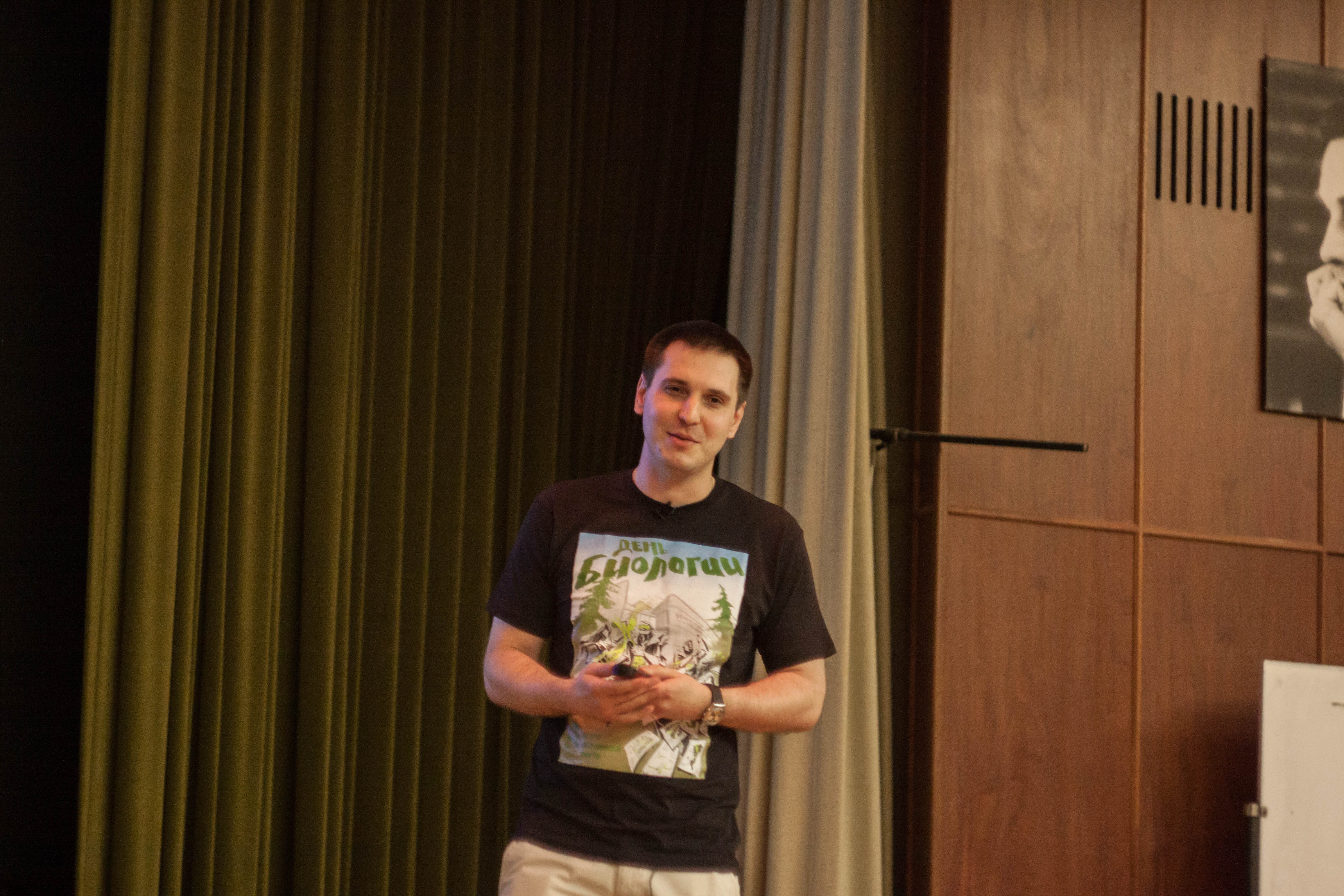 Mikhail Shulepko, a researcher at the Laboratory of Protein Engineering, introduced the audience to neurotoxins and to the proteins that are synthesized in the human body which are considered to be their relatives. 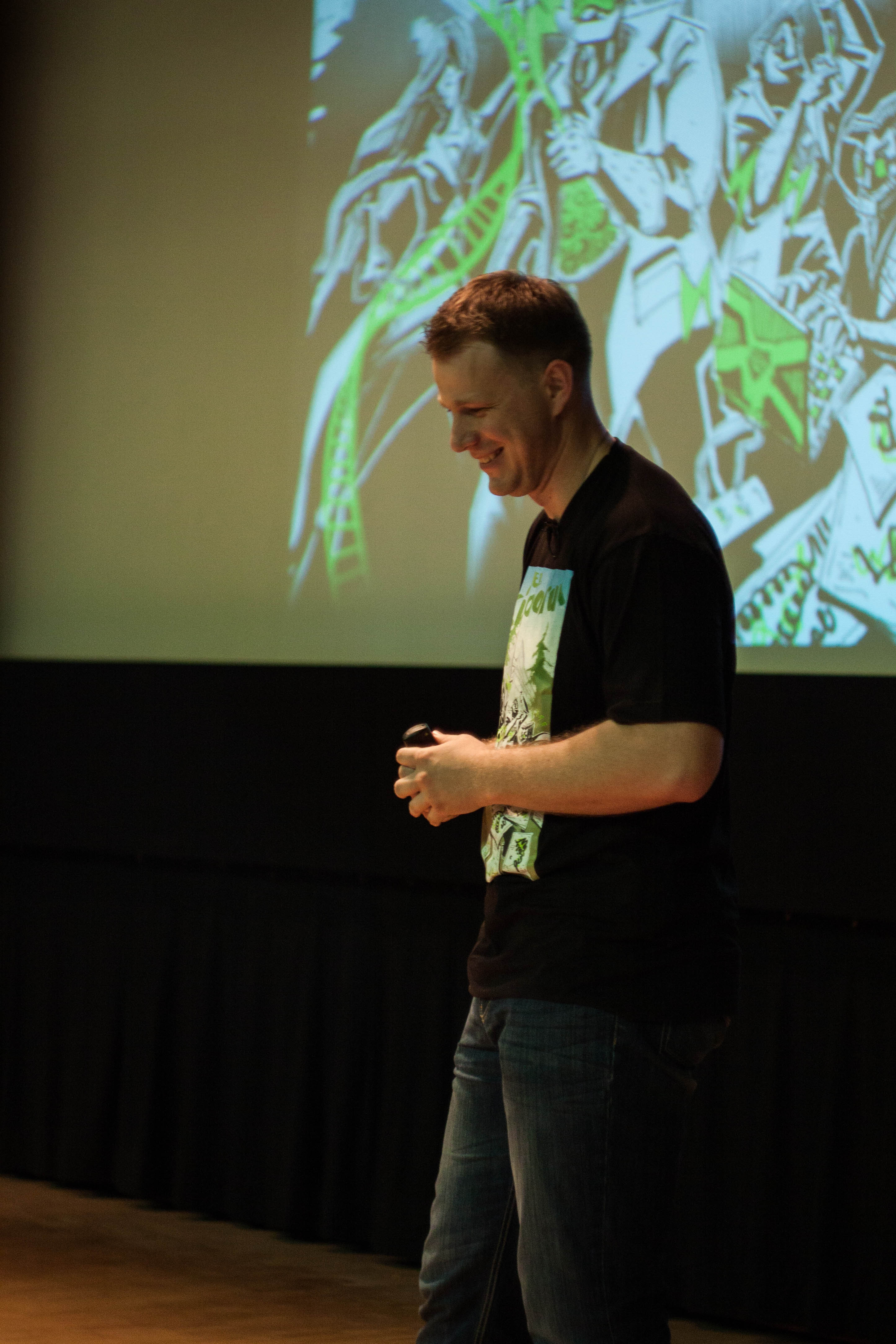 Igor Fesenko, a researcher at the Laboratory of Proteomics, dedicated his lecture to peptides. The regulatory plant peptides that are known today account for only a small part of their total number. They are very difficult to detect because they are found in insignificant amounts in cells and tissues, against the background of a substantial amount of protein and other ballast plant compounds, such as phenols. Research on modern model plants such as green moss enables Igor and his colleagues to find and characterize vegetable peptides.

Despite the fact that Igor’s topic may be considered far divorced from everyday problems and human needs, it aroused great interest among the visitors, who continued to ask question after question during the tour. 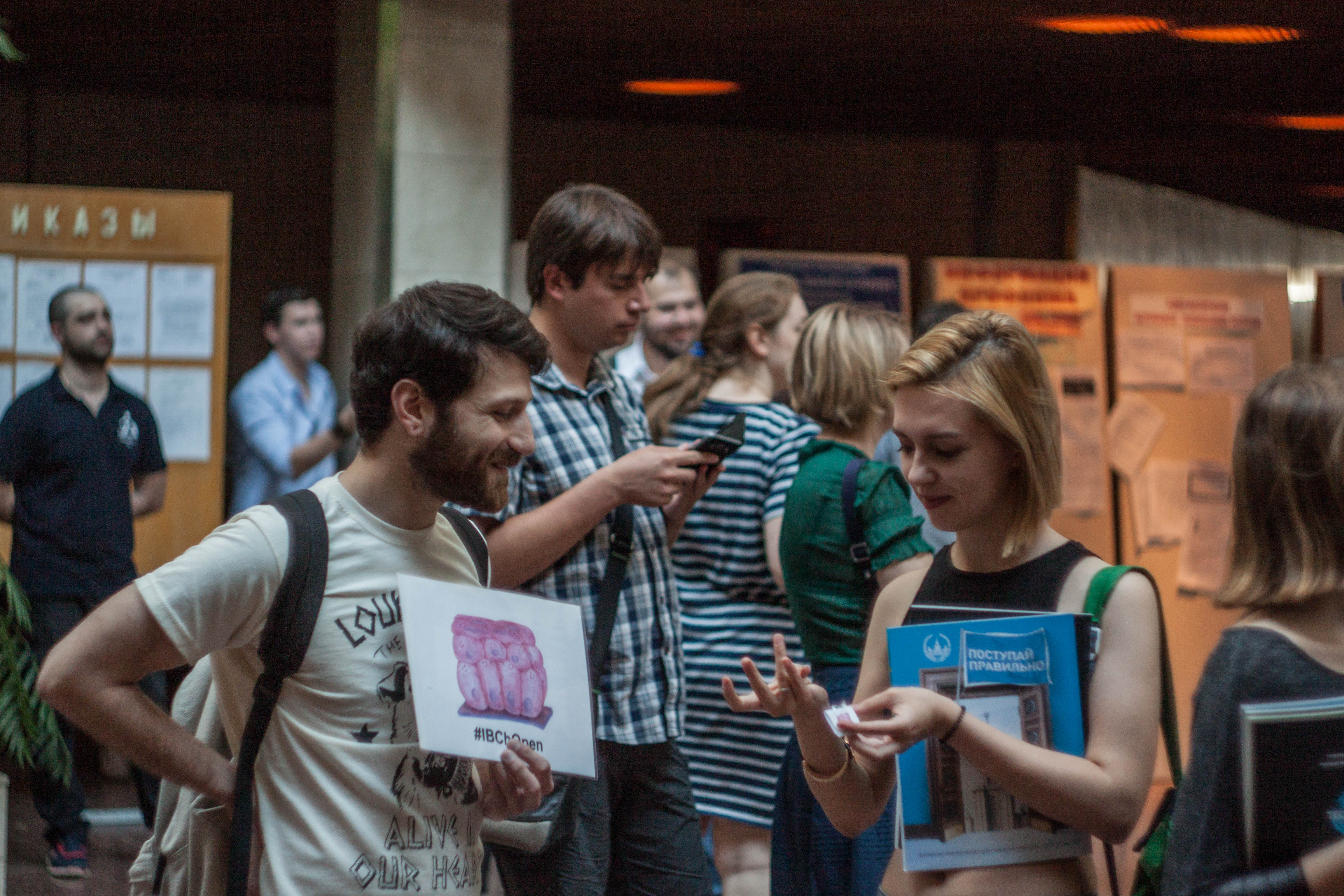 More than 100 people attended the lecture. Half of them were directed to tour the Institute’s laboratories. At the Laboratory of Biomolecular NMR Spectroscopy, Constantine Mineev explained to the visitors how researchers at the Institute are studying the structure of proteins at the level of individual atoms in order to understand their counterparts isolated from luminous mushrooms, bay leaf, bacteria, spiders and other creatures and plants. At the Laboratory of Organic Synthesis , Ilya Aparin showed fluorescent dyes that can be used in tracking complex processes in the body’s individual cells and tissues. 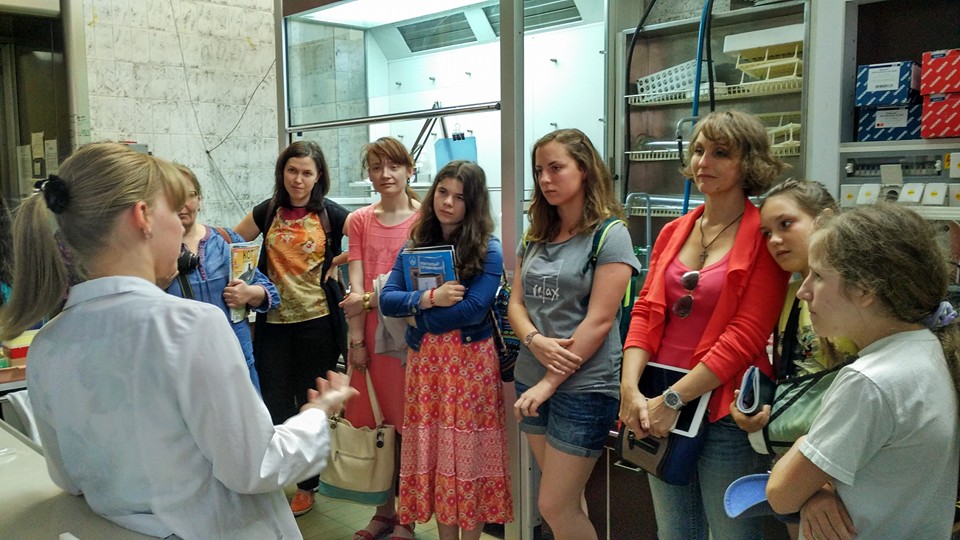 Denis Kudryavtsev from the Laboratory of Ligand-Receptor Interactions demonstrated the use of devices that help explore the molecular processes that take place inside nerve cells. Arina Mazurova from the Laboratory of Human Genes Structure and Functions presented the attending guests with a gift – a Petri dish with bacteria living on their fingertips, and Daniel Pavlenko guided the guests to the backstage drugs factory – the Experimental Biotechnology Plant. 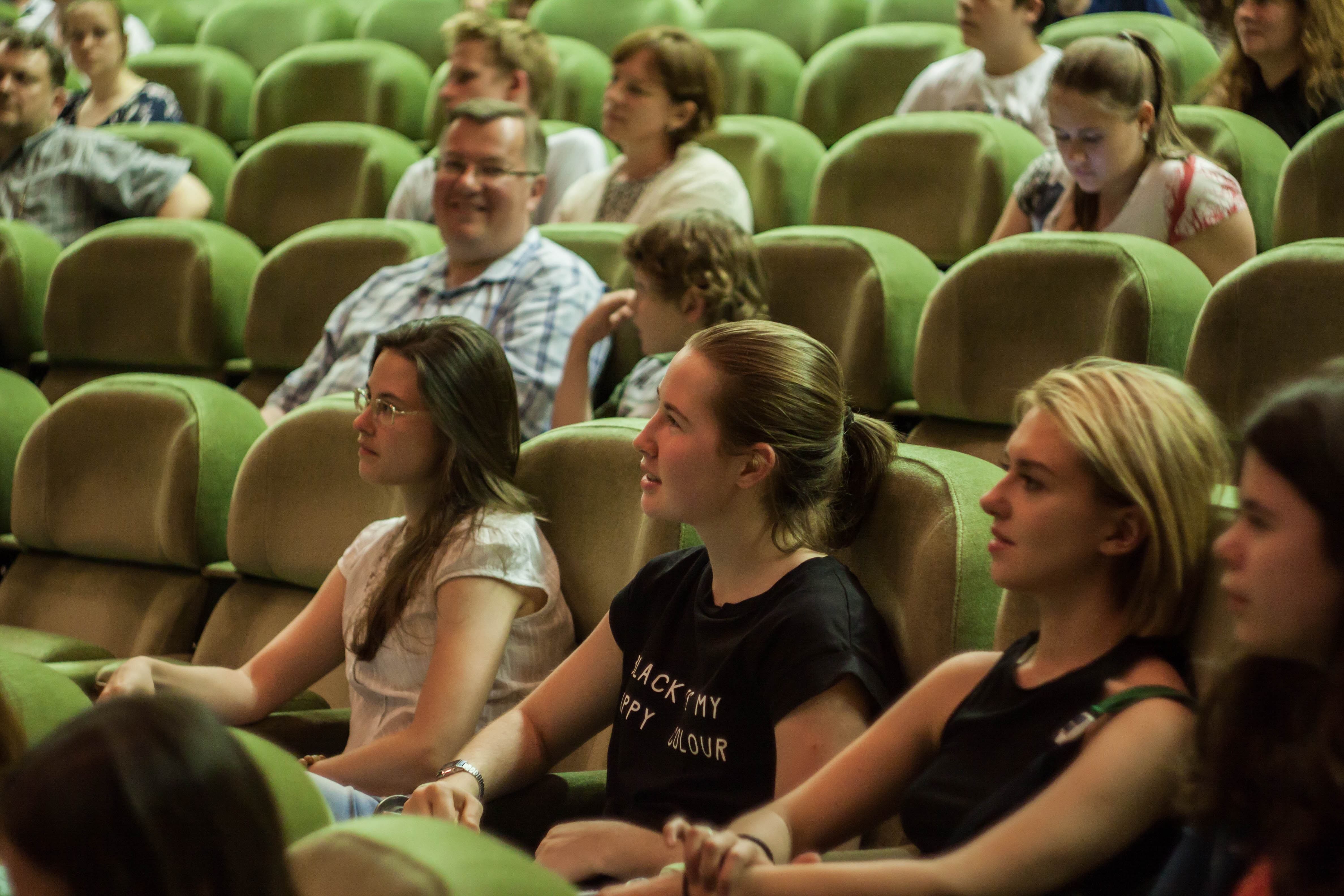 Guests at the Biology Day shared their impressions.

– I am interested in finding out what is going on in science, – says Elena Dontsova. – People who convey such knowledge and research results to other people who are not necessarily connected with science indeed make a very big step in matters relating to educating the general public.

– I did not expect that it would be so interesting, – says Maxim, Helena’s companion. – The lecturers exude dominance in their respective fields. They explained things that normally seem boring and difficult in a clear and quite captivation and enjoyable manner. I am pleased with the evening.

– I missed the  first "Biology Day" , but certainly attended the second one because I'm interested in biology in general, – says Vladimir Pavlov, a student. – I did not come alone today, and I am glad that the lectures were quite comprehensible. I liked the visual demonstrations, where, for instance, when they were explaining on the hormones responsible for hunger, they displayed pictures of food, and this immediately draws attention.

Guests with a science education also attended the event. Some came from other research institutions together with their families, while others got the opportunity to get their children acquainted with science, and still others were interested in the institution itself as a place to work at.

– I'll be finishing my Masters studies at the Institute of Agricultural Biotechnology, and I'm very interested in biology, – explains Anastasia Shamustakimova. “I came here because I am convinced that IBCh is an excellent and well-rounded institution.

The organizers received a lot of positive feedback on the event. They promise to organize this event once again for the third time this fall.

– We took a substantial amount of time, as well as a very meticulous approach, in the preparation of the second Biology Day, – remarked Irina Alekseenko, the organizer of the event. – In so doing, we targeted two goals: to engage the researchers from the Institute in engaging in promotional activities, and to bring science to the general public. I hope that we have succeeded in accomplishing these objectives. At the very least, our lecturers, guides and I, have received many positive reviews. Of course, we will continue organizing Biology Day in the future, and further, we will improve it and increase the number of our visiting guests, because we would like to capture the interest of the public, both great and small, for them to expand their horizons and become well versed in all aspects related to science.